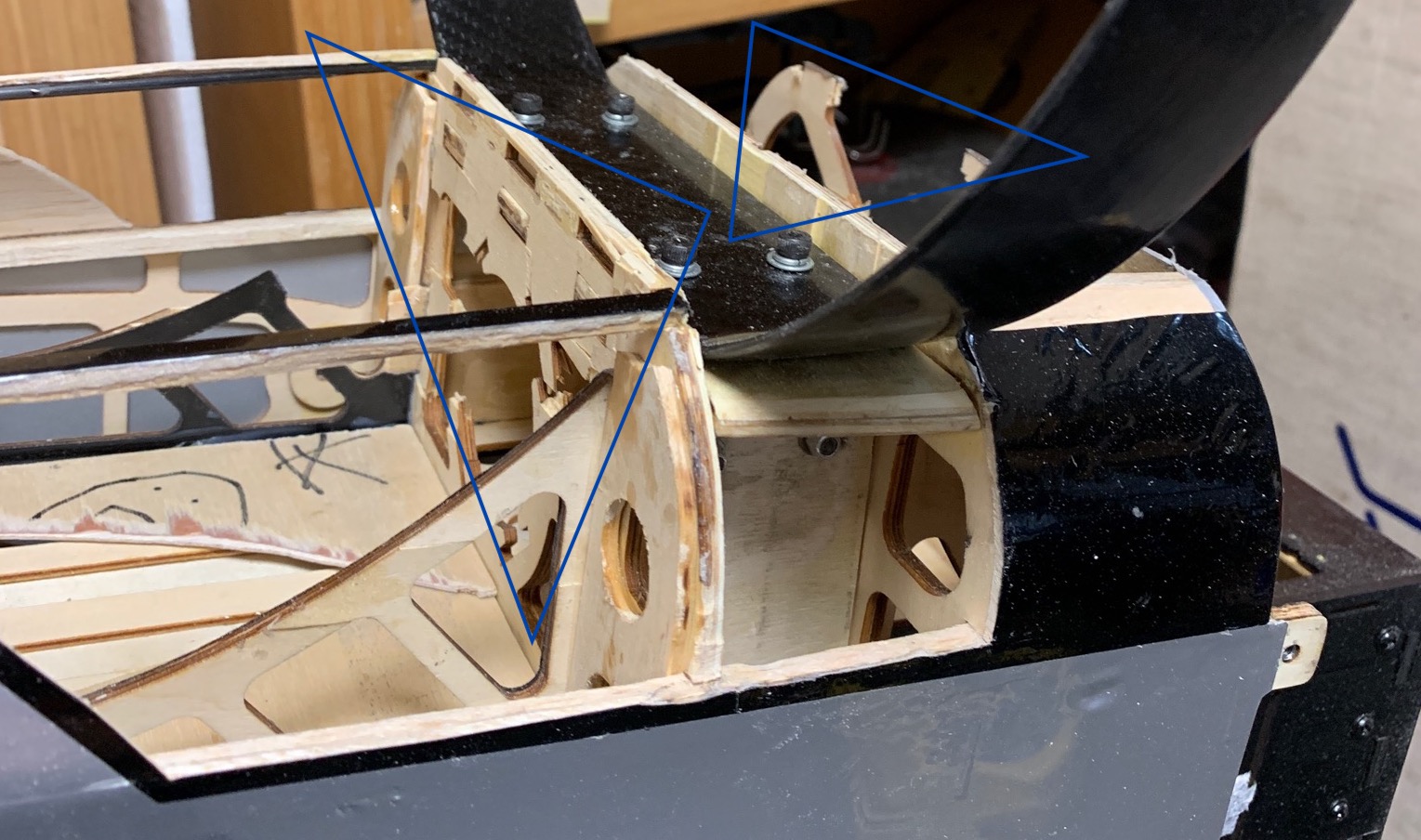 Recently I traded for a 78" Flight Model 78" Extra 330SC. The plane originally had a VVRC 40 Twin on it. The gentleman I got it from told me that they could not get the 40 to stay running and after multiple dead stick landings they had finally ripped the gear out of the plane. The gear had rotated backward, tore out the gear plate and as the gear rotated backward it broke the support formers for the gear and ripped apart the side of the fuselage. Additionally the bottom of the cowl was completely destroyed. Unfortunately I don't have a pictures of the initial damage as I had not intended on writing an article.

I started by fabricating a gear plate out of 3/8” light plywood. I cut notches into the plywood for the lateral supports and to fit the forward and aft formers.

The lateral landing gear supports were broken when the gear was folded back. The red line roughly shows where the damage was, everything above the red line was broken out. I fabricated plywood plates and used 30 minute epoxy to adhere the plates to the outsides of the broken formers. The locknuts pictured connect aluminum angle stock to the gear plate and landing gear.

The areas where I added formers I left a 1/16 inch inset to allow for sheeting once the repair work was completed.